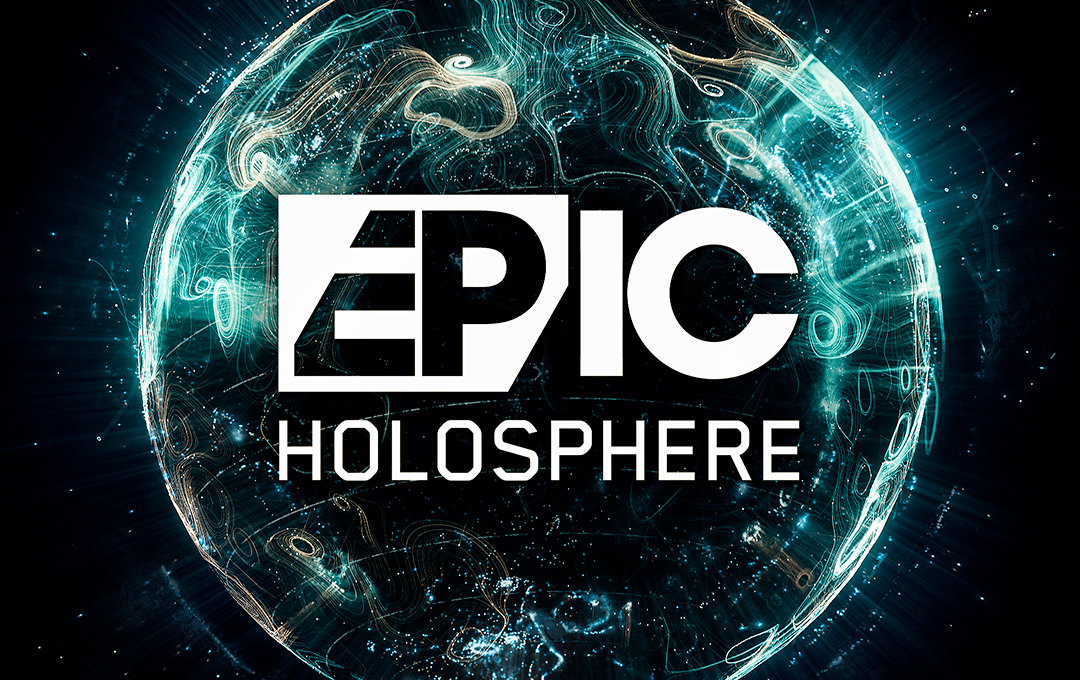 Tomorrowland is turning 15 and that calls for a celebration with a brand-new theme: The Book of Wisdom: The Return and an impressive mainstage to go with it, as well as an incredible line-up of over 1,000 artists. Starting next week, we’ll be announcing the first headliners and we can already reveal 15 stage hosts that you absolutely have to catch the summer, kicking things off with a truly epic headliner: ERIC PRYDZ IN CONCERT.

Eric Prydz will be bringing a world premiere to Tomorrowland: a brand-new EPIC production completely redeigned for 2019 called HOLOSPHERE.

The Swedish producer who is renowned for his state of the art stage shows is delivering a brand new concept, placing himself inside a spherical form at the centre of a 360 degree 3D hologram, is a design that has never been attempted before, making this a real world 1st and something you will only see at Tomorrowland in July.

Eric Prydz and his creative team have developed the most technically advanced EPIC production to date.  EPIC is renowned for pushing the boundaries of technology, however with EPIC: HOLOSPHERE the technology the team dreamt of using was simply not available, so instead of changing their original vision, they have developed proprietary technologies.

Eric Prydz – “My team and I had a vision that has taken over 2 years to develop. It is now so exciting to be able to announce this, and show you the next chapter of EPIC.”

NINA KRAVIZ GETS HER OWN STAGE

The Russian goddess of techno, Nina Kraviz will be hosting her very own stage for the first time this year. In 2008, under the pseudonym Damela Ayer, she gave the crowd a taste of her first het tracks via a MySpace-page. Since then, she has grown into an internationally followed artist who is noted for her ability to entrance herself and her audiences with hypnotic techno. Last year, she had the People of Tomorrow wrapped around her finger, and this year, she will be providing an entire day’s line-up from her own stage.  See for yourself:  Nina Kraviz at Tomorrowland 2018:

Shaquille O’Neal, aka DJ Diesel, will be returning to Tomorrowland. The legendary star of the American NBA retired from basketball a while back to focus on a life behind the decks and already in 2016, he treated the People of Tomorrow to some serious beats. This summer, this monumental man will be performing on a stage of his own: Shaq’s Fun House.

Oscar & The Wolf, the Belgian band fronted by Max Colombie, was the very first large live band in the history of Tomorrowland, and they certainly made a splash on the FREEDOM stage in 2017. This summer, Oscar & The Wolf will get an entire stage. What Max has up his golden sleeve is a secret that we won’t reveal just yet. Oscar & The Wolf at Tomorrowland 2017:

Last summer, with VIBRA! The flamboyant Italian Instagram guru Gianluca Vacchi brought sultry Latin house beats to Amnesia in Ibiza. Although he’ll certainly be heating things up on the island of white sand in the coming months, he’s also scheduled to appear in Boom. On 20 and 27 July, he will be flying in the cream of Latin House Music artists to his own stage at Tomorrowland.

Dirtybird Records is an independent label from San Francisco, California (USA) that was founded by door Claude VonStroke (aka Barclay Crenshaw). He describes his music as “tech funk” and for the very first time, they will be hosting a stage at Tomorrowland. Last year, the set by Claude VonStroke really had the crowd hopping:

A FESTIVAL FIRST: TALE OF US PRESENT AFTERLIFE

In recent years, the celebrated duo Tale Of Us offered some first-class techno at Tomorrowland, but they’ve never before hosted a stage at a festival. This summer, they’ll be making an exception for Tomorrowland and will present AFTERLIFE in the Atmosphere tent.

If there’s one person who hasn’t missed a single edition of Tomorrowland, then it’s got to be the British techno DJ Carl Cox. Celebrating his 57th birthday this summer, the veteran DJ got his start in the scene back in 1986. Since then, he’s grown into well-established name, an expert, and a dedicated music lover. Last year, Carl Cox got the day off to a great start with his 3-hour DayBreak session on the Mainstage. This year, he will be transporting SPACE from Ibiza to Boom for a day.

Experience the magic of Carl Cox and check out his DayBreak set at Tomorrowland 2018 here:

The Dutch producer Don Diablo is no stranger to the Mainstage at Tomorrowland, but this year, he’s not coming alone. With his label HEXAGON, he will be hosting a stage of his own, for which he’s developed a new visual concept. Don Diablo on the Mainstage in 2018:

Fans of the harder styles such as hardcore, hardstyle, and hardhouse will be well satisfied on each day of the festival, thanks to the hostings by Q-dance. Q-dance has been around for 20 years and has fans as far away as Australia.

Tomorrowland is proud of the country of its birth and it shows, not only in the crispy golden fries and the scrumptious waffles, but also in the fine selection of Belgian artists. The Antwerp artist Netsky first got a spot in the line-up in 2010 and for a few years now, he has been providing a line-up for his own stage, just like his Brussels colleague Lost Frequencies. Charlotte de Witte will be opening her KNTXT stage on the Belgian National Holiday (21 July), just like DJ Murdock, who is celebrating the 10-year anniversary of Rampage this year by serving up a sizzling helping of dubstep and drum ‘n’ bass. Other Belgian success stories include V Sessions, Cafeina, Onraad, Krankenhaus, KetaLoco and a local native of the Rupel region: Crystal. And, it wouldn’t be Tomorrowland without the legendary label Bonzai.

Fans of the Israeli duo Vini Vici include trance legends such as Aly & Fila and Armin van Buuren. Their popular psy trance is taking off big-time, winning over trance lovers everywhere. This year, theyéll be hosting a stage named after their label: ALTEZA. Check out their performance from 2018 here: https://youtu.be/MM7UuYbrTE8

GENERATION SMASH: A PLACE FOR THE STARS OF TOMORROW

Dimitri Vegas & Like Mike started out their careers as ‘gophers’ for the Tomorrowland artists. In 2009 they were able to land a spot on the smallest stage and in the ensuing years, they have gone on to become the headliners of the festival. Because they were given such a great opportunity a decade ago, they now want to bring together the stars of tomorrow and on their Generation Smash stage. New, local and international talent will be offered a spot on the stage, and the DJ brothers will also be hosting a Smash The House stage.

In the summer months, you’ll find the legendary German producer Paul Van Dyk in Ibiza where he spends the season hosting the club concept SHINE. His line-up includes DJs Aly & Fila, Bryan Kearney, Simon Patterson, Cosmic Gate, Neelix, Ben Nicky and he caters generously to the trance community. Since there’s also sunshine in Boom in July, for the very first time, he will be bringing this outstanding musical concept to De Schorre.  Paul Van Dyk at Tomorrowland 2018: https://youtu.be/-FV_6DegjfQ

AND…. THERE’S SO MUCH MORE TO EXPERIENCE

It would be impossible to reduce the full Tomorrowland programming to 15 bullet points.  Two weekends of Tomorrowland promise a total music experience that encompasses all genres, styles and substyles of electronic music. Tomorrowland 2019 will represent over 104,000 minutes of music and more than 1,000 artists.

With everything from young talent to major names from Belgium and abroad, it promises to be a unique experience full of musical diversity.

The programming features of various hosts, each of whom is a global trendsetter in their respective genres.

Below is an overview of the stagehosts for Tomorrowland 2019. The first artists & headliners will be announced starting next week on the Tomorrowland socials.

Do No Sit On The Furniture

The Book Of Wisdom Mainstage

Check out http://365.tomorrowland.com/ and re-watch the videos from the past 15 years.

Starting from January 19th (17h00 CET), the Global Journey formulas will go on sale. The Global Journey Travel Packages are the easiest way to get to Tomorrowland at the same time as enjoying a comfortable trip together with other visitors. The packages offer an all-in experience: flight, train or bus, accommodation and a Full Madness Pass for Tomorrowland.

Tickets for Tomorrowland and DreamVille will be made available for sale on 26th of January (17h00 CET) and the rest of the tickets will be sold on 2nd of February (17h00 CET).

In order to be able to participate in the ticket sales, it is important that you sign in or create your personal Tomorrowland account via tomorrowland.com. Without that registration, you will not be able to buy any tickets on the sale dates. What’s more, it’s very important for each ticket to be personalised afterwards.  The Tomorrowland wristbands will be sent to the festivalgoers in a very special Treasure Case.