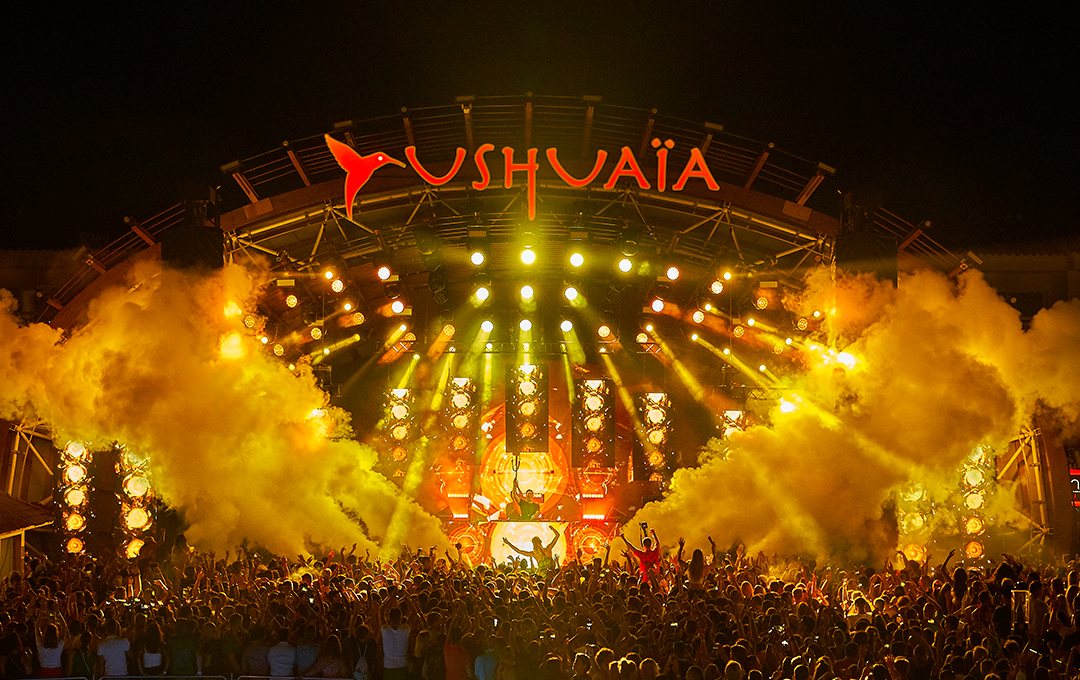 The concert at Ushuaïa was different from everyone we’ve seen, wanted to tell us something new: Hardwell will give a break in his career and this was his penultimate concert!

During his performance, he played for 2 hours a set full of nostalgia, with melodic tracks that made us remember the beginning of his career, and sing along songs like “Never Say Goodbye”,“Apollo”, “Dare You” and “Run Wild”, as well as a homage to Avicii and Linkin Park, and his latest remixes for tracks like “Don’t Let Me Down” by Chainsmokers, “Bella Ciao” and the mashup with “Stargazing” by Kygo.

Other highlights of the evening were the latest tracks released that led audiences to delirium, “Power”, “BigRoom Never Dies” e “This is Love”. To end the evening, after a crowd control that shook up the club, the bpm’s went to the heights with a bit of hardstyle in his version of “Everytime We Touch” by Cascada and “Make The World Ours”.

We barely recovered from the incredible night provided by one of the world’s top DJs, and now we have to deal with this news. It was definitely a night full of vibez in Ushuaïa, which surprised and pleased everyone’s present, and for you to feel like it was his penultimate presentation, we compiled here 5 moments full of vibez:

Momentos inesquecíveis que vivenciamos na penúltima apresentação do @hardwell no @ushuaiaibiza!! ㅤ Unforgettable moments that we experienced in the penultimate presentation of #hardwell at #ushuaiaibiza!

Enjoy the Resistance: A review of a Memorable Night in Ibiza

The decision to pause his career and cancel shows is an attempt by the artist to find himself and have more time for his family and friends, as he himself states in his open letter:

“Over the past few years I’ve come to know myself better and better and over time I realized that there’s still so much I want to share with my family and friends, so many roads I’d like to explore, but being Hardwell 24/7 leaves too little energy, love, creativity and attention for my life as a normal person to do so.”

His last show is set to take place on October 18th during the Amsterdam Dance Event 2018, and we’ll be there to witness such a milestone in the career of this talented mega artist, who is undoubtedly a great inspiration to all of us!