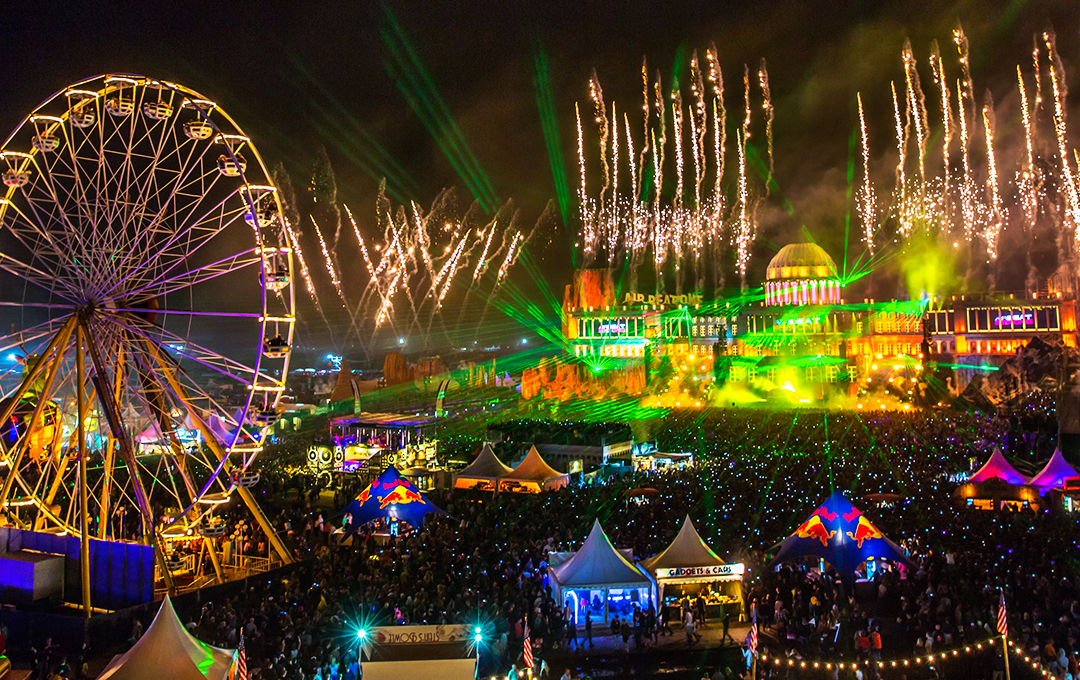 One of the biggest electronic music festivals in Europe, Airbeat One Festival, just released a second phase of line-up, and we need to say again: it’s incredible!

For those who do not know, the festival brings more than commercial artists, they also has a hardstyle stage, which is the “Q-Dance Stage”, and the “Second Stage” is aimed at Prog. In total there are 5 stages, and 3 days of many vibrations and 5 days of camping.

In recent years, Airbeat One has created a series that goes beyond an incredible line-up: the design of they stages is breathtaking and visual production is another level, turning the event into an incredible experience, bringing people from all over the world to experience.

The Airbeat One Festival 2018 will begin on the 11th of July 2018. For three days, the airfield in Neustadt-Glewe in Mecklenburg-Vorpommern will become the center of the electronic music world. In its 17 years of existence, the festival has become one of the most important events in Europe. In 2017, more than 100,000 visitors made pilgrimages to Airbeat One during the three days. Now the Line Up Phase 2 is finalized for the 2018 edition and presents megastars of the scene at one go. A total of five stages await the fans. 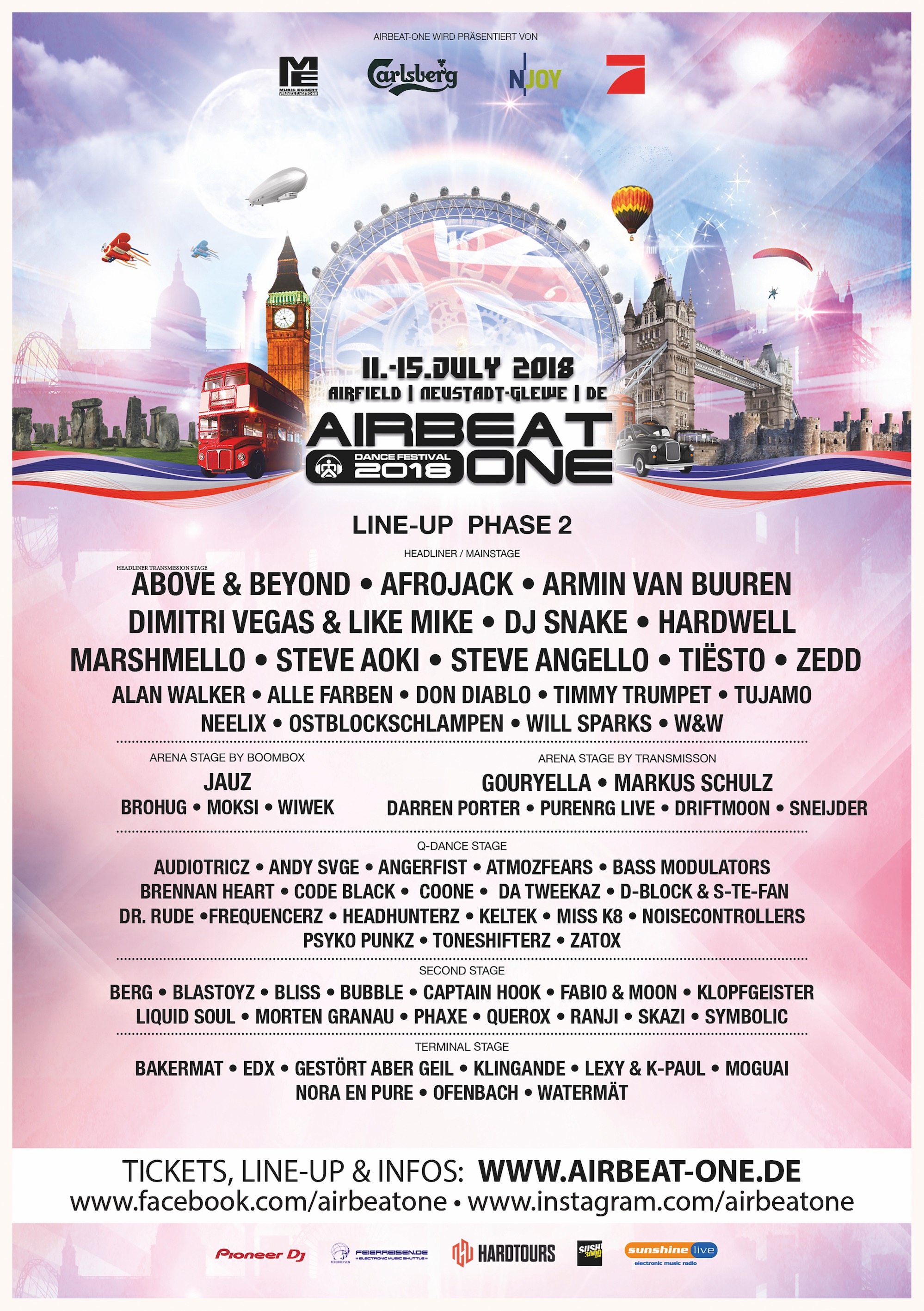 The Q-Dance-Stage comes up with a very special highlight. Headhunterz, who in the last three years has demolished the EDM-style Mainstages of all major festivals, is again concentrating more on the “harder styles in music”. At the Airbeat One Festival he will be presenting his first Hardstyle set for years in Germany. With Audiotricz, Andy Svge, Angerfist, Atmozfears, Bass Modulators, Brennan Heart, Code Black, Coone, Da Tweekaz, Dr. Rude, D-Block & S-te-fan, Frequencerz, Keltek, Miss K8, Noisecontrollers, Psyko Punkz, Toneshifterz and Zatox one of the most spectacular Hardstyle- and Hardcore-Line-Ups, which this country has ever seen, is already set.

Transmission, who will host the new Arena Stage on Saturday, are present for the first time ever at a festival, which is not their own. Gouryella, Markus Schulz, Darren Porter, Purenrg live, Driftmoon and Sneijder are confirmed as acts.

On Friday Boombox will take over the Arena Stage. They will bring Jauz, Brohug, Wiwek and Moksi with them.

The fifth edition of Lollapalooza Berlin goes out with a bang!