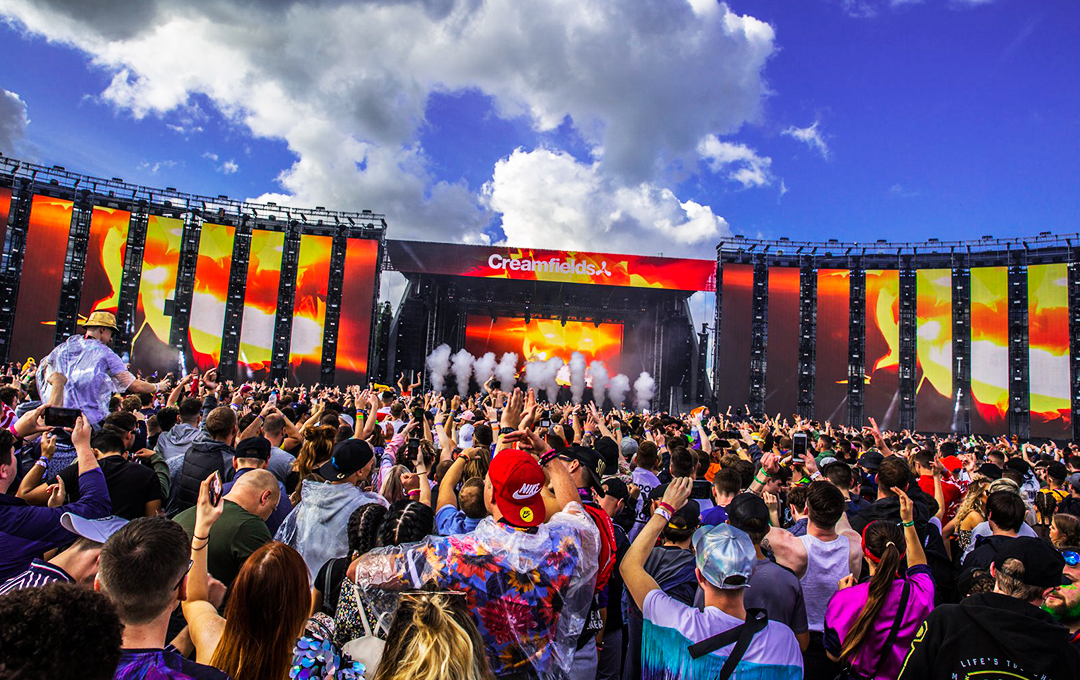 Creamfields celebrates 21 years with memorable presentations and lots of rain.

The small town of Daresbury hosted one of the most incredible editions of the biggest British festival of all: Creamfields! To celebrate the 21 year anniversary, the festival made a point of bringing together the biggest names in the electronic scene and new stage structures to make the holiday truly unforgettable for everyone present!

The first two days of the festival were an exclusive fun for those who bought the tickets + camping combo, so the party started on Thursday in the format “Silent Disco”, which means that in the 4 stages in which the pre-parties took place all music was only heard by people wearing headphones. Sensational! Although it sounded different, the idea was very well adopted by the public and the vibez were carried out successfully. And the motive of this first day to be realized so is not to bother the neighborhood.

On Friday the day started rainily, but it did not stop the vibez from happening! The gigantic stage structures were mostly covered, leaving only the two main stages in an outdoor space, and DJs such as Armin van Buuren, Carl Cox, The Chainsmokers shone a lot in their presentations!

And to finish with a flourish, under a lot of rain, the festival received Alesso, Ferry Corsten, Fatboy Slim, Hardwell, Tiesto, Duke Dumont and the most awaited DJ of the day, the master Eric Prydz! The Steel Yard stage got small for such mastery and holograms!

In addition to these artists that we checked closely, it is worth mentioning here important points such as the infrastructure of stages with excellent sound systems, team staff careful, a crowd full of Vibez, and the gigantic camping area!

Enjoyed and want to experience all this and more? Prepare the rain boots, the raincoat and join us next year!