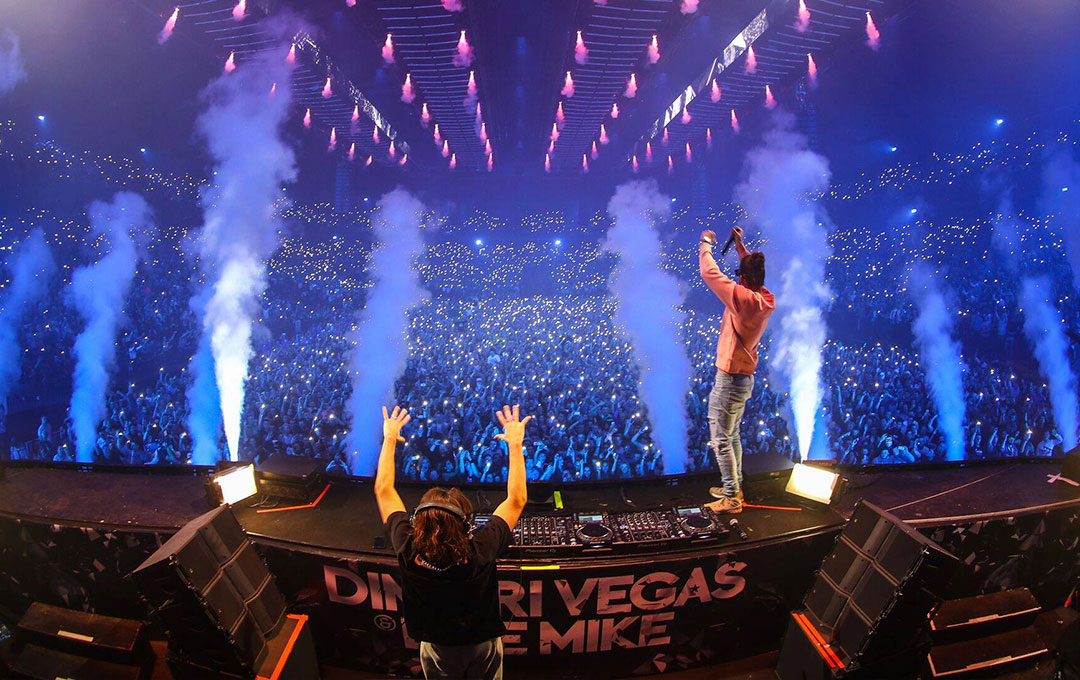 The latest in a list of heavyweight team-ups sees dance music’s biggest duo Dimitri Vegas & Like Mike pair up alongside one of trap’s highest profiled rap figures Gucci Mane for a record of seismic proportions in ‘All I Need’. Fresh, cutting and jacked with an abundance of swagger, ‘All I Need’ resonates tellingly, with all the force fans on either side have come to expect from these mammoth musical pioneers.

Whilst Dimitri Vegas & Like Mike continue in their rich vein of form, after recent releases spanning spectrums of dance music from the psytrance rework of ‘The House Of House’, alongside Vini Vici and Cherrymoon Trax, to their anthemic moombahton collaboration ‘Hey Baby’ with Diplo, the Belgian duo are increasingly delivering heavy hitting cuts from the studio. No strangers to scaling chart success having secured numerous #1 releases worldwide, including the Ne-Yo collaboration ‘Higher Place’, which peaked at #1 in Billboard’s Dance Chart and spent 10 weeks atop the chart in their native Belgium, whilst their recent hit single ‘Complicated’ with David Guetta ft Kiiara has to date amassed over 87 million Spotify streams and counting.

Gucci Mane has long been established in the rap scene. After the release of his debut album Trap House in 2005, the Alabama born star has been on a trailblazer pioneering the rap/trap scene, alongside rappers such as T.I and Young Jeezy. Consistently at the top of his game he has so far released 12 studio albums and worked with some of the biggest names in the game including Drake, Lil Wayne, Chris Brown and Mariah Carey. His 2016 collaboration with Rae Srummard ‘Black Beatles’ earned him his first #1 single in the US Billboard Hot 100 chart and struck a chord with millions of fans worldwide. More recently it was announced that Gucci Mane’s life is set to be the subject of a big screen biopic.

The stand-out talents of these game changer artists are clearly on show with ‘All I need’. As two worlds collide to create a sum bigger than its parts in the form of a summer anthem that has heavy rotation and festival favourite written all over it. A catchy female topline gravitates the track alongside tropical bass-led textures, whilst reverb laden elements pad out the electronic-focused synths expertly programmed by Dimitri Vegas & Like Mike. Gucci Mane’s  verse signals the introduction of trademark trap-tinged hats, snares and percussions, ensuring fans of all persuasions are accounted for.

‘All I Need’ delivers some of the best of both the brothers’ and Gucci Mane’s arsenals, culminating in a track that is set to persistently permeate throughout radio speakers and festival fields and car stereos this summer. Grab ‘All I Need’ now here!