Lucas & Steve: Everything you need to know about the Dutch duo in an exclusive interview! - Eletro Vibez 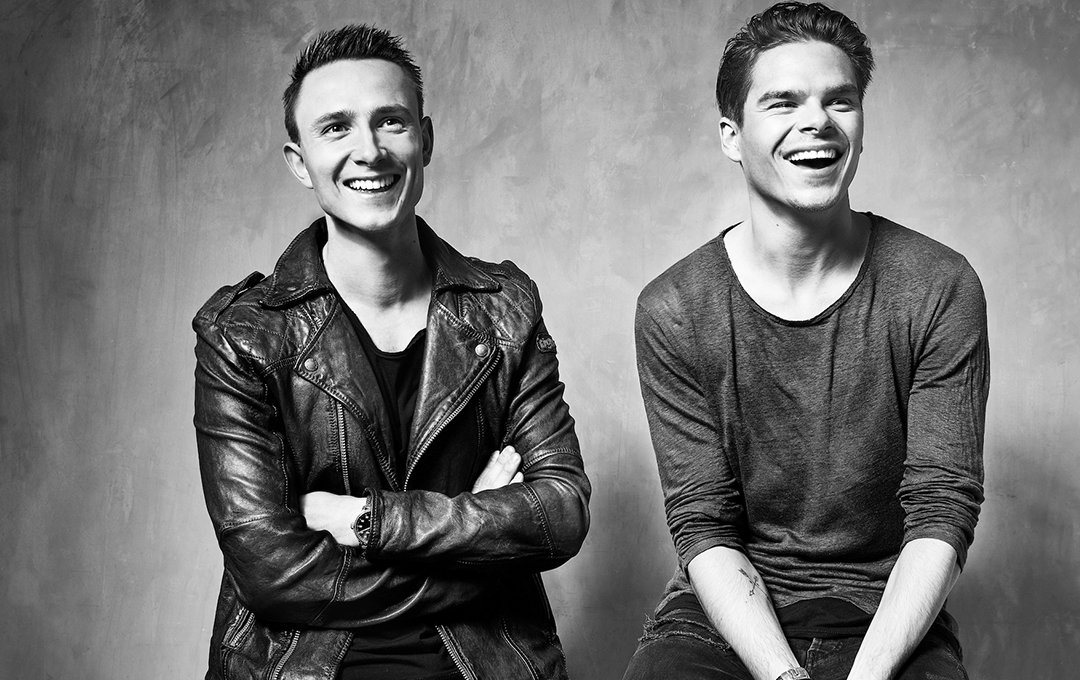 Lucas & Steve: Everything you need to know about the Dutch duo in an exclusive interview!

Named by Beatport as one of House’s best doubles in recent years, Dutch youngsters Lucas de Wert and Steven Jansen decided to join forces in 2010 after a long solo career playing in clubs in the Netherlands and Belgium, and so the magic happened ! In 2014, they signed with Spinnin ‘Records and since then have not stopped surprising us with addictive tracks.

We have taken advantage of the release of the tracks “Up Till Dawn (On The Move)” – that has everything to be a hit of the summer and“Let’s Go”, made in partnership with Mike Williams and Curbi, to chat with the boys and discover some news! Call it there:

Your new track “Up Till Dawn” is awesome, super groovy and is getting huge response! What can you tell us about this track?

Lucas & Steve: We used elements of the melody of Barthezz – On the move, a trance classic from 2001. We’ve always wanted to do a rework of this anthem and together with singer/songwriters we evolved the old classic into something new with a 2017 sound and a songtext that made the club record into a radio song. Of course we also did a club mix with a lot more energy.

How was working with Mike Williams and Curbi on the your newest track “Let’s Go”? Tell us more about the process behind this track!

Lucas & Steve: We’ve known Mike and Toby for a while already. They’re both great guys and obviously very talented so our studio vibe had been great from the start. Curbi flew in a couple of times to our studio in The Netherlands and Mike lives nearby. Within a couple of those sessions the track was finished. It’s amazing to see all the support that the track is getting!

Who are some artists that have influenced you guys or your production?

Lucas & Steve: We listen to a lot of different styles of music. It can be Trap, hip-hop, jazz or even classical music that we get our inspiration from.

What inspires you the most when creating music?

Lucas & Steve: Other music, but also feeling and the keys on the piano, when playing something logical usually follows.

What has been the coolest thing in your musical career up till now?

Lucas & Steve: Tomorrowland mainstage was pretty amazing! We played at the second stage last year which was already incredible. Also, hitting the charts is a thing we never get used to. It feels like a big honour everytime a track does so well and also seeing the crowd jump to tracks that we produced is really cool. Those are the things we will probably never get used to.

About to disembark in Brazil, Joris Voorn tells us the news in an exclusive chat during the ADE 2018!

Lucas & Steve: We think that the guys form Galantis are sick producers and a collab with them would be awesome. Same for Axwell and Ingrosso, they’re brilliant. From Brazil Alok is of course a big talent! Could be cool working with him one day.

What are your plans for the second semester of this year? What can we expect with regards to new music?

Lucas & Steve: There will be a lot of touring, we will do an Asia tour and a US tour. Also, there’s a lot of new music coming. Unfortunately we cannot reveal too much.

And finally, there is any plans to play in Brazil this year?

Lucas & Steve: We have nothing scheduled for Brazil in the near future unfortunately. We cannot wait to get back there!

Did you like it and want to get to know the sound of these young producers? Connect to the Skyline Sessions podcast, where they once a month present the tracks of the moment and a preview of what you’ll find in their lives sets: