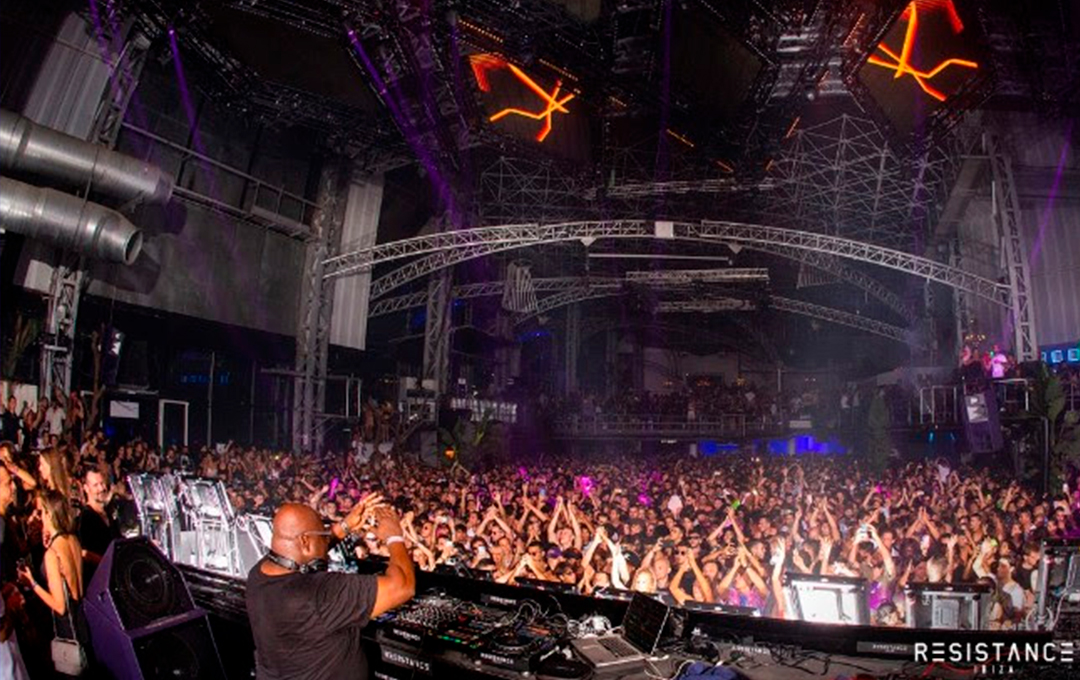 On Tuesday 11th September, RESISTANCE Ibiza closed out its nine-week 2018 residency at the world’s largest club – Privilege Ibiza, capping off an unparalleled season on the White Isle. Meanwhile, with the closing party in full swing, RESISTANCE Ibiza was announced as the winner of the ‘Best Ibiza Night’ special award at the 2018 DJ Awards, throwing weight behind the enormous impact the residency has had on the island.

Throughout nine continuous weeks of the highest quality house and techno, every Tuesday from July through September, the tens of thousands of fans in attendance as well as the millions who tuned into the live stream at home were able to witness another run of historic moments for the RESISTANCE concept.

Week 2 saw Richie Hawtin merge his famous PLAYdifferently presents Analogue/Digital concept with RESISTANCE, combining The Main Room, ‘Digital’, with ‘Analogue’, a vinyl-only experience on the Terrace. Week 3 saw Carl Cox celebrate his birthday in style alongside faithful fans and friends. Eats Everything and Sasha | John Digweed performed on the Terrace after a special B2B set between Carl and Nic Fanciulli for the first time since Space Ibiza’s historic, final closing party in 2016. During Week 4 Adam Beyer presented his omnipresent label Drumcode for the first time on the island, joining forces with Joseph Capriati for an exclusive B2B set with Ida Engberg and more holding it down on the Terrace.

For the second consecutive time and RESISTANCE Ibiza’s Week 5, Adam Beyer headlined alongside the return of Paco Osuna and Eats Everything. Week 6 may have been one of the season’s most highly anticipated billings as Carl Cox returned with Joseph Capriati, Nicole Moudaber and Sasha & John Digweed. Week 7 brought Adam Beyer along with Dubfire’s debut, Eats Everything, Coyu and many more.

Week 8 saw another Adam Beyer headlining night featuring Matador and a back-to-back set from Eats Everything and Patrick Topping, Pan-Pot and Paco Osuna plus many more.

Ultra Europe celebrates sixth annual edition with over than 150.000 attendees

Closing out the summer in style, RESISTANCE Ibiza spared no expense on its Closing Night with the aforementioned historic and first time ever Carl Cox and Maceo Plex b2b, the final Sasha & Digweed set of the season, an exclusive Josh Wink b2b Butch and a closing set on the Terrace from Dense & Pika.

Next up, RESISTANCE takes aim at South America. Full details at the links below.