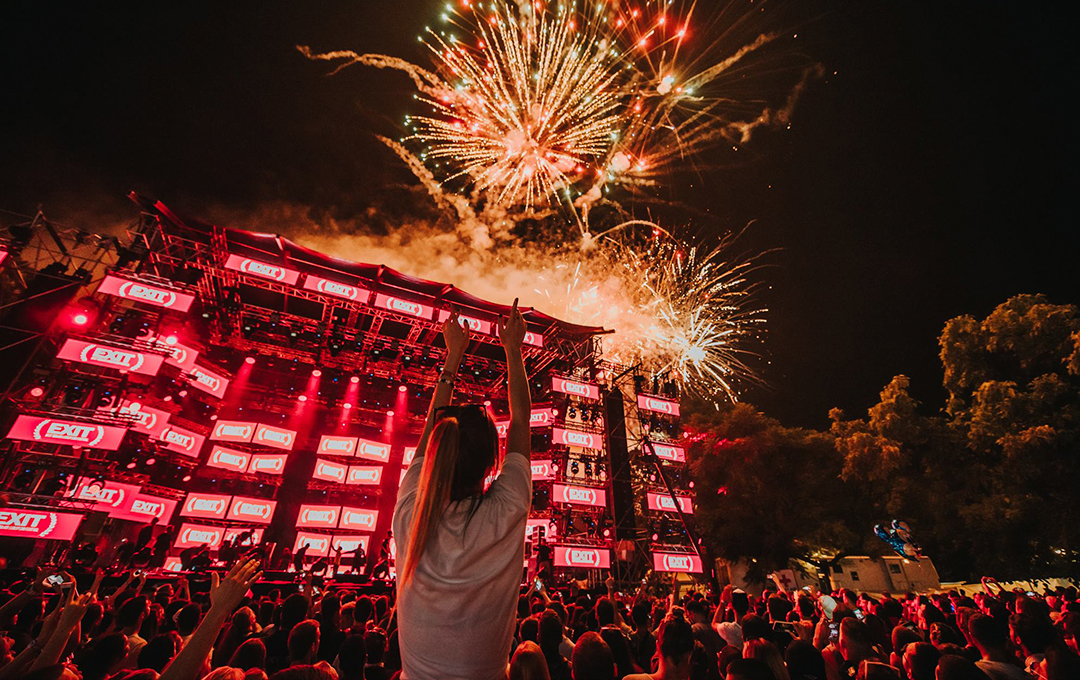 After universally revered EXIT Festival started this summer’s impressive list of headliners with The Cure, many have followed with the recent addition being none other than The Chainsmokers! The highly popular American act brings its latest show to the overwhelming sight that the 18th century Petrovaradin Fortress poses to about 200 thousand visitors who enter its massive gates every summer.

The Chainsmokers join the star-studded lineup of this year’s EXIT Festival, where besides The Cure there are dozens of leading rock, hip-hop and electronic stars of today like Carl Cox, DJ Snake, Greta Van Fleet, Skepta, Amelie Lens, Paul Kalkbrenner, Dimitri Vegas & Like Mike, Solomun, Charlotte de Witte, Desiigner, Sofi Tukker plus hundreds more across over 40 zones and stages set within the fortress walls.

The chain-making-hit-duo made their colossal fame in the past several years with one hit after another totaling in dizzying ten billion YouTube views, 24 awards and 76 nominations, from a Grammy to three MTV statues with as much as seven Billboards on their shelves! Another proof of their current status is their duo with Coldplay with whom they scored one of the decade’s biggest hits “Something Just Like This”! Many predict their third album, set to be released this year, will additionally cement their prime status in the global music circuit!

EXIT Festival will be held 4-7 July at the Petrovaradin Fortress in Novi Sad, Serbia. Tickets for EXIT Festival are available at exitfest.org, and for those who wish to bundle them with accommodation and local transfer, there are also packages starting at €145. Default accommodation is the festival camp located on the city beach, while hotels can be booked through EXIT’s official tourist agency at exittrip.org