The fifth edition of Lollapalooza Berlin goes out with a bang! - Eletro Vibez 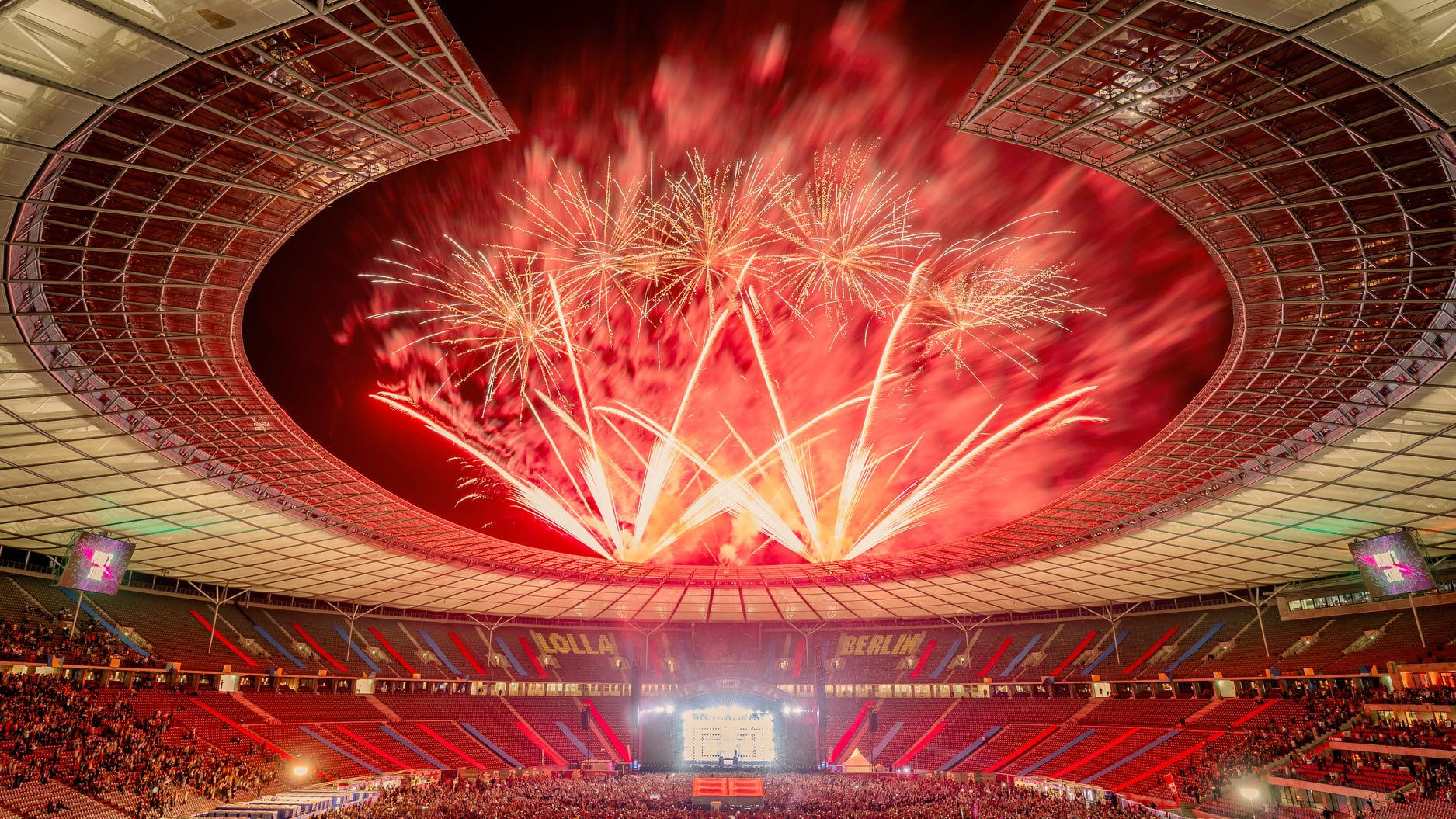 The fifth edition of Lollapalooza Berlin goes out with a bang!

With its fifth edition on September 7 and 8, Lollapalooza Berlin has established itself as one of the major players on the highly competitive European festival circuit with 85,000 festival-goers daily. For the second time, the festival site on the impressive grounds of the Olympic Stadium and its adjacent Olympic Park invited visitors into a world full of music, artistry, art, adventure and plenty of fun – bedazzled festival-goers included.

Visitors from all corners of the world celebrated this unique atmosphere and let themselves be taken on a journey into the colourful and exciting world of Lollapalooza: the two giant main stages on the Maifeld; the Lolla Fun Fair with all its bizarre goings-on; the Grüner Kiez promoting a sustainable and communal lifestyle; the trend-setting and lifestyle-affirming Fashionpalooza; and, last but not least, Kidzapalooza.

The latter entertained the youngest of our festival fans, of course, which came in hundreds to enjoy their very own, tailor-made concert experiences, e.g. an exclusive concert by Olli Schulz. Another highlight was Aquapalooza. At the time-honoured Olympic pool, synchronised swimmers, acrobats, aerial artist and divers created a one-of-a-kind experience that is certainly unique on the festival circuit.

Kings Of Leon‘s only Germany performance this year was met with exciting and frenetic chants. So were exclusive shows by Kraftklub and Swedish House Mafia. The Olympic Stadium itself was transformed into a breathtaking dance arena thanks to the Perry’s Stage. For weeks, fans of Billie Eilish and Twenty Øne Piløt had been anticipating their idols’ performances which, on location, transformed into a smashing and utterly unique concert experience, making the celebrated pop stars’ Saturday gigs on the Maifeld a very special highlight of the entire festival weekend.

International top acts such as Martin Garrix, Underworld, Alan Walker and Kungs lured the crowd to the biggest Perry’s Stage ever to grace a Lollapalooza Festival worldwide.

At the Alternative Stage, festival-goers were treated to sounds and beats by Parcels, 6Black, Bausa, Nura, Princess Nokia, Courtney Barnett and many more while at the charming Wine Garden, Amilli, Alli Neumann, Ilgen-Nur, Mia Morgan and other up-and-comers with a promising career path showcased their talents.

Once again, the festival site turned out to be an excellent choice, creating unforgettable moments with bright eyes all over.

The Lollapalooza team thanks all festival-goers, friends and fans as well as all sponsors, partners and volunteers. A big thank you goes out to the Berlin authorities, the Olympic Stadium operators as well as the Senate Department for Interior and Sports. Last but not least, we want to thank the residents of Westend who supported, accompanied and participated in this unique adventure and all its challenges.