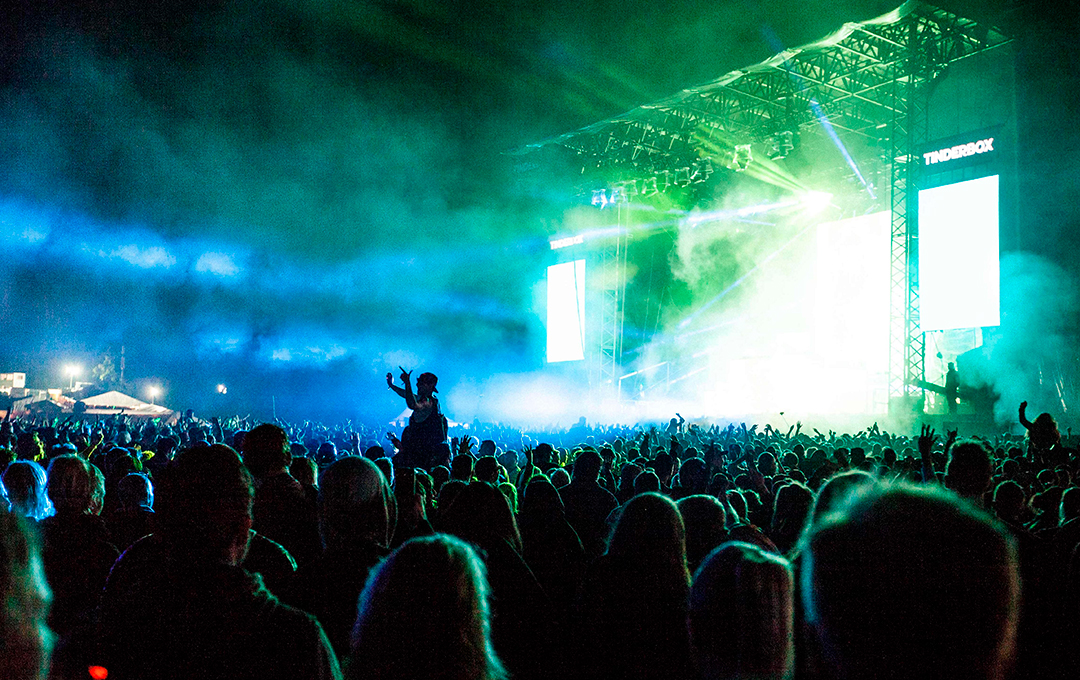 Get to know Tinderbox, Denmark’s festival full of vibez

Tinderbox in a multi-genre music festival in Odense, Denmark. Returning for a fourth time to the Tusindårsskoven forest, the festival is a celebration of the best in electronic, pop, rock, indie and urban.

28-30 June 2018, close to 40.000 guests are expected to make their way to Tusindårsskoven (The Thousand Year Forest) in the city of Odense to participate in Tinderbox – a new Danish city festival which will bring some of the world’s most popular acts to Denmark.

The three Tinderbox Battle of the Bands winners – Eater Soles, Timur and Markus Valentin – open the new Telescope stage every day, after which the tent is taken over by the festival’s new concept: Tinderbox Comedy.

Scotland’s Biffy Clyro open the main stage on thursday, and Tiësto gets the credit of playing  the last set of the festival on Saturday night. 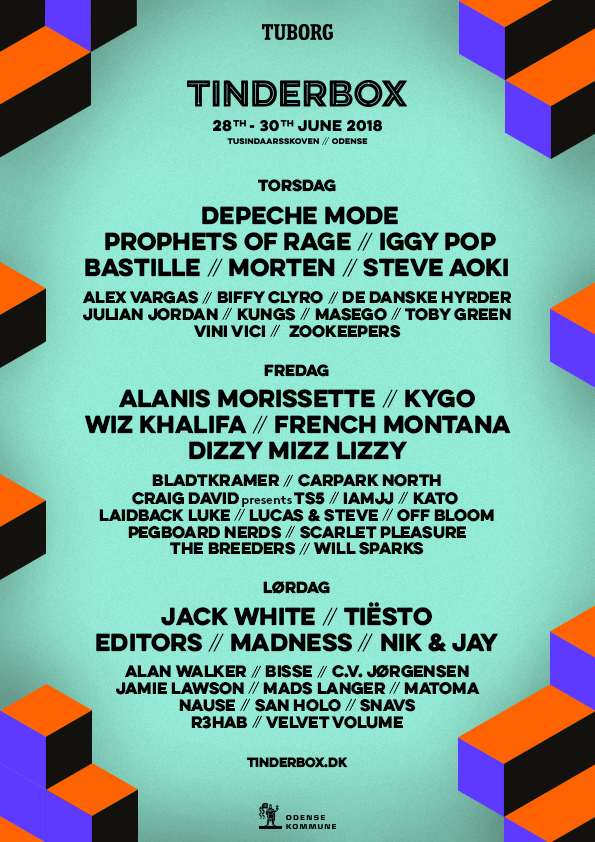 On the main stage, Biffy Clyro has been allowed to get the ball rolling on a day where you can also find names like Bastille, Prophets of Rage, Iggy Pop and Depeche Mode before Morten goes on stage to deliver the wildest show of the night.

There will certainly also be a party when Scarlet Pleasure opens the festivities on Friday before French Montana, Wiz Khalifa, Alanis Morissette and Kygo take over. There will no doubt be rounds of  sing alongs provided by Dizzy Mizz Lizzy, who in 2016 showed that they have no trouble collecting the Tinderbox punters in front of one of the big stages.

On the last day of the festival, Mads Langer puts it all together with names like C.V. Jørgensen, Editors, Nik & Jay and Jack White. They will probably have to cook the pot before the highly anticipated climax is delivered by Tiësto, the last name of the main stage at the Tinderbox 2018.

Alongside the music of the two main stages and the Telescope stage in addition to the Tinderbox Battle of the Bands winner there are names like Yungblud, Off Bloom, The Breeders and Jamie Lawson, there is always a full program at Magicbox. The area will once again be redesigned and the stage decoration will be changed, so everything is perfect when Kungs, Vini Vici and Steve Aoki, together with others, are going to secure the party at Magicbox on Thursday.

Friday has a particularly strong Danish line up when WhoMadeWho (DJ Team), Kato and Pegboard Nerds are on the bill together with international names like Will Sparks and Laidback Luke, and so will be rounded off Saturday with Alan Walker, Dirt and R3hab.

The final game plan can now be found at Tinderbox.dk as well as in the official Tinderbox 2018 app, where you can set stars to plan which concerts to watch at all costs.

Note that one-day tickets to Thursday are already sold out. However, there are still available one-day tickets for both Friday and Saturday as well as party tickets so that you can participate in all the three days of the festival.

Behind the ambitious new festival are Down The Drain (Aarhus), FKP Scorpio (Hamburg), and Beatbox Entertainment (Copenhagen), who have combined forces to bring another festival of international scope to Odense and Denmark. Odense is Denmarks 3rd biggest city after Copenhagen and Aarhus.