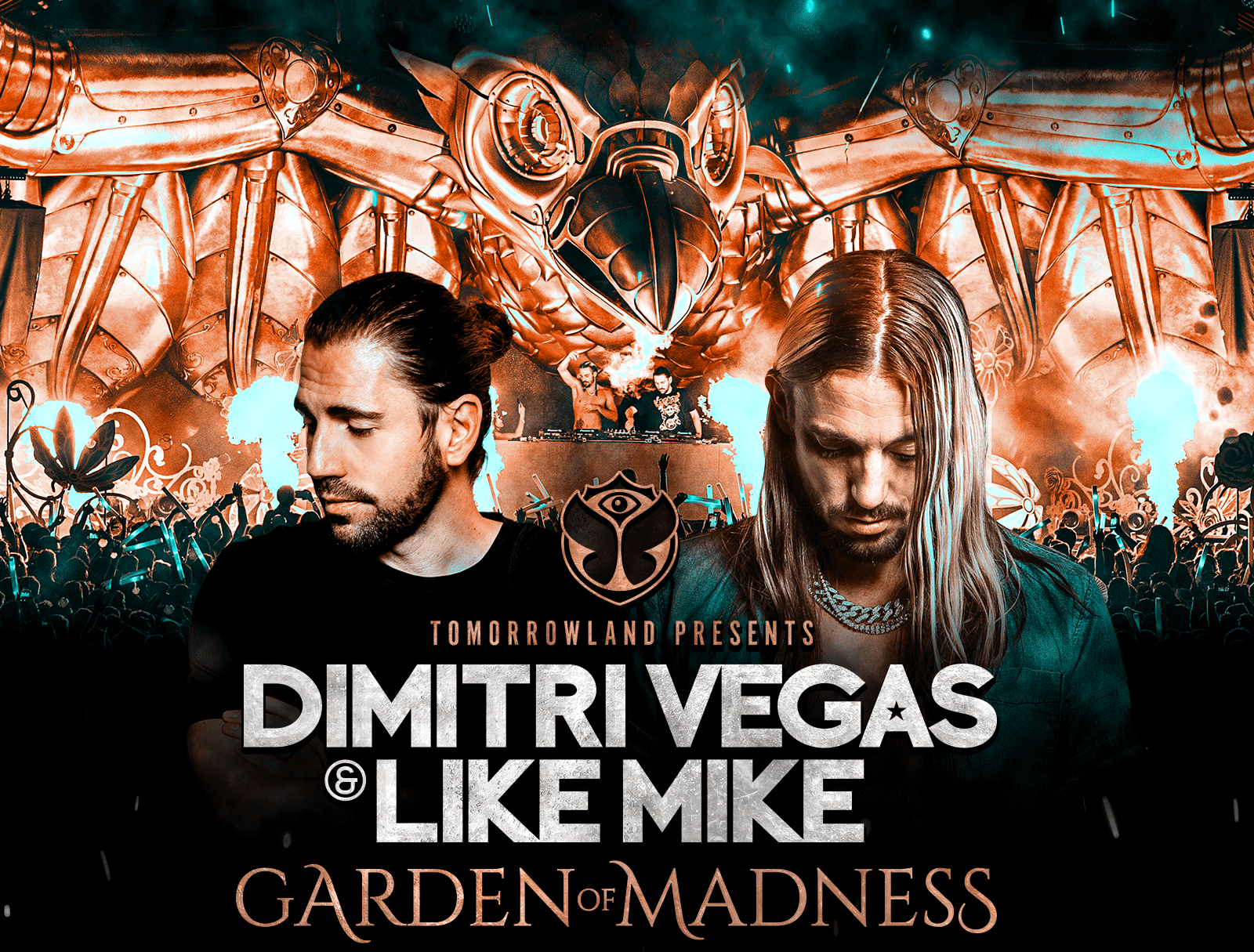 When dance music behemoths Creamfields and Tomorrowland teamed up last year for a massive ‘Garden Of Madness’ show on Liverpool’s world-famous waterfront, it brought a whole new side of the already unique Steel Yard superstructure to life.

Fronted by Belgian DJ/Producers Dimitri Vegas & Like Mike, the event marked the first time two of the world’s biggest dance music promoters had teamed up. Together they delivered a spectacular show, and following its success they’ve now announced they’re doing it all again as they return to Steel Yard Liverpool on Saturday 7th December.

Returning with their infamous ‘Garden of Madness’ show, Dimitri Vegas & Like Mike will be bringing some genuine carnage and breath-taking production to the 15,000 capacity structure. It’s a natural fit for the duo, having been a solid part of the Tomorrowland brand since the beginning and remaining firm favourites as one of Creamfields must see acts.

Joining them are an array of record breaking stars on the global dance scene including Afrojack, one of the pioneers of the big room house sound and someone who continues to draw enormous festival crowds, plus Ben Nicky who has proved himself as a force to be reckoned with over the last few years with a number of huge sell out shows across the UK and beyond, not to mention a persona and infectious energy behind the decks that make him the perfect fit for a ‘Garden Of Madness’ show, other acts performing including Lost Frequencies and Quintino with more names to be added soon!

Sign up now for pre-sale tickets, available from 9am (BST) Friday 30th August here. General tickets on sale 10am (BST).